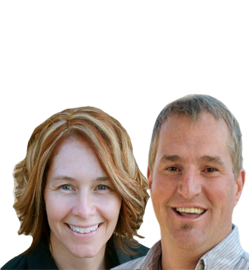 The number of homes trading hands via MLS® Systems of Canadian real estate Boards and Associations edged up 0.3 per cent in August 2015 compared to July and remains near levels that have changed little since reaching a five-year high in May. (Chart A)

Sales were little changed on a month-over-month basis among all local markets in August, with an even split between markets posting increases and those with declines.

“August marked the fourth month in a row for strong and stable national sales activity,” said CREA President Pauline Aunger. “While home prices increased in British Columbia and in the Greater Toronto Area, they have been holding fairly steady in many other parts of the country for some time now. All real estate is local and REALTORS® remain your best source for information about sales and listings where you live or might like to in the future.”

“Prices continue to rise in Ontario and British Columbia, where listings are either in short supply or heading in that direction,” said Gregory Klump, CREA’s Chief Economist. “August also provided early evidence that modest price growth is re-emerging in some markets in Quebec and New Brunswick. The continuation of low interest rates is supporting home sales and price trends, and is likely to keep doing so for some time.”

Actual (not seasonally adjusted) activity in August 2015 was up four per cent from the same month last year. It was the third highest August sales figure on record after 2005 and 2007, and stood 6.6 per cent above the 10-year average for August.

Actual (not seasonally adjusted) sales were up from year-ago levels in a little over 60 per cent of all local markets, led by the Lower Mainland region of British Columbia and the Greater Toronto Area (GTA). Sales in Calgary continued to post the largest year-over-year declines after having run near record levels there last year.

The number of newly listed homes edged up by 0.5 per cent in August compared to July, led by gains in Edmonton and the GTA.

The ratio was within this range in a little under half of local housing markets in August. More than one-third of all local markets breached the 60 per cent threshold in August, comprised mostly of markets in British Columbia together with those in and around the GTA.

There were 5.6 months of inventory on a national basis at the end of August 2015, unchanged from the previous three months and holding at a three-year low for the measure.

Year-over-year price growth picked up in August for all Benchmark home types tracked by the index with the exception of townhouse/row units.

Prices in Calgary were flat on a year-over-year basis in August, marking the first month since September 2011 of no year-over-year price growth. Prices in Saskatoon also ran roughly even with year-ago levels.

The national average price continues to be pulled upward by sales activity in Greater Vancouver and Greater Toronto, which are among Canada’s most active and expensive housing markets. If these two markets are excluded from calculations, the average is a more modest $338,755 and the year-over-year gain is reduced to 4.2 per cent.